A Tale of Transphobia in the Workplace

I was hearing about the hullabaloo concerning gender-neutral toilets. These were kids for goodness sake…but again, I was used to hate for most of my life so not much comes as a surprise. I am a 42-year-old woman. I was born a man but ever since I can just about remember, I knew that I was not cut out for being a man. When I was young I used to dream about getting married but not in the usual way. I wanted a husband. When I came out, people would say that I was gay; but that is far from the truth. I actually consider myself to have a heterosexual orientation, just that I was born in the wrong sex.

Then you have those that mock me for taking advantage and hiding behind my gender change in order to live the life of a gay man without its hassles. That is just nonsense. In my experience, trans people suffer as much (sometimes even more) than gay men. I could write a book about the number of times someone has come onto me very strong and then turned around, wanting to beat me up after the deed as if I was the one that was responsible for making them attracted to me. It is usually the ones that are “overly straight” who end up being absolute freaks once they have had their pleasure.

My Safe Space is Invaded

I will say this for the people at my job: they are a fantastic bunch. They have seen me transitioning so pretty much everybody knows that I was once a man. The thing is that I am getting a bit long in the tooth and a younger generation is beginning to join the teams. Most of them are quite nice, while others are a little bit ignorant. One rather curious young man asked me whether it hurt when my “boyfriend” penetrated me. First of all, I said that I did not have one boyfriend but had been dating. He seemed rather shocked at this as if to say: “Really, how could you do it…you are not really my type”. Secondly I told him that it did not hurt but was rather enjoyable. He gave me another startled look and that was just about the end of our conversation until he left for a better paying job.

Most of the inquiries I have had are about how I actually have sex. This is something that has ceased to annoy me so much because I know that it is more about curiosity and ignorance; rather than outright malice. Generally speaking, I had come to expect that the younger generation was much more open than we were during our times. That has certainly been the pattern at work, even if I am personally grateful to all my colleagues who have been with me through this journey (now I sound like a failed X-Factor contestant). The truth is that it has been a journey of sorts, with different setbacks and triumphs. I spent a small fortune on my surgery before I could get the look that I wanted. Before that, I had to put up with looks of pure disgust on the street.

All that was in the past until Rachel was recruited as a receptionist for the team. She is a very friendly girl and seems to genuinely like animals so we all assumed that she would fit right in. Of course the guys in the office were swooning over her, with her permanently tanned look and impeccable nails. She would also smile and give you all the information you wanted. For some reason; Rachel became convinced that I was a woman or alternatively never questioned my sex/gender. The vanity in me puts this down to my drop dead gorgeousness and the expert knife skills of my surgeon. The realist in me knows otherwise: Rachel quite simply (and perhaps reasonably) assumed that everyone who looked like a woman was born a woman.

When that nonsense about barring trans children from toilets of their choice was splashed on the local TV station; Rachel suddenly became animated. She said that if something like that ever happened to her, she would definitely have words with the management. Her exact words were: “I am not sharing the loo with one of those things. They are disgusting”. The entire office was taken aback that our otherwise peaceful lunch hour in the canteen had been so rudely disrupted by a girl that, until then, had been the friendliest person you could ever meet. We also knew (none more than me) that there was this secret amongst us that was very relevant to what Rachel was saying.

Transphobia, Challenging the bigotry and hate

The vet physio Mark took the first plunge and asked Rachel what she meant. That is when the true horror of this girl was opened to us. We had an enemy within and she had the access to make things complicated. First of all; Rachel went into a laundry list of virtually every negative stereotype that you have ever heard about trans people. She said that she was quite ok with gay people. They were born that way and could not be blamed for not being able to do things the “normal way”. Rachel went as far as saying that she was “as liberal as they come”. However, she graciously informed us about her limits.

To her, trans people were beyond the pale. Rachel regaled us with a treatise on the superiority of natural law. Trans people were apparently confusing things and engaging in deceit. Her turn of phrase was rather unfortunate for a girl that had been so nice before: “It’s like buying an Easter egg, only to unwrap it and find sh*t”. There were audible gasps. How could we have gotten it so wrong? Rachel was not done. She talked about how they spent loads of money doing themselves up in order to steal all the straight man. That they (trans people) needed a good slap to get them back on track.

On some level, it was a good thing to see that the homophobes were not outwardly ugly people that you would know how to avoid transphobia. A sweet girl like Rachel could have some of the ugliest thoughts in her heart without us knowing about it. It was a sobering thought and one that has been with me for quite a long time. I don’t think I will ever judge someone solely by their look again. Pretty on the outside is not always pretty inside.

Hero of the Day 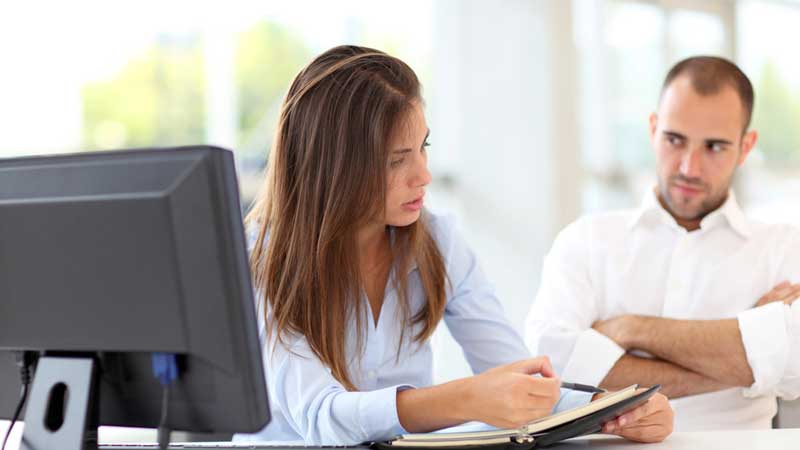 Mark insisted that it was unacceptable for Rachel to say such things. I know he was dying to tell her that we had a trans person in the office but did not want to rain on my parade. So I took up the mantra and told Rachel that I was actually a trans woman. I swear Rachel nearly had a heart attack. A number of emotions rushed across her face as she tried to process the information. First there was shock, then some anger, followed by a little disappointment…she kept quiet, very quiet. We were all in some kind of trance, waiting for what would happen next. Rachel seemed a bit embarrassed then the look turned into pity. “Oh I am ever so sorry, I never realized. You look so….” She could not find the words but I knew what she wanted so I volunteered: “…so normal?”

It was my turn to be shocked: Rachel reach out tentatively and then hugged me. “I am so sorry Linda…so sorry. I don’t know if you can ever forgive me.” I said there was nothing to forgive since she had only told us about her true personality. In that instant I realized that I was being a tad ungracious so I softened it up a bit by saying that I understood her predicament. Rachel was full of surprises this day. She suggested that we go out for coffee alone. I was reluctant, perhaps she was going to try and punch me in the face. Actually her face looked painfully contrite so I agreed.

Rachel has turned out to be a wonderful, wonderful friend. I discovered over many coffees that her transphobia was a genuine fear of losing her femininity. She felt that trans people were unfair and strange competition for straight women. We had a laugh about the mechanics of my sex life (why do they always ask that?) I also learnt that not every transphobe is a bad person. Some of them are just ignorant people who are caught up in the wave of group hate which they cannot escape. I am glad that Rachel said all those things because if she hadn’t we would have been no more than polite colleagues. It also gave me a chance to challenge some of the notions that people have about the trans community. It is still a fantastic vet office and I would not change my team for anything. Rachel is still with us and I am glad about it.