There are many problems and micro-aggressions that trans people have to deal with everyday, added to the danger of harassment and abuse that results from the transphobia in our society. One of the biggest such problems, is that cis people (people who aren’t trans) most of the time are simply unwilling to listen. Even people within the LGBT community and people who wish to be supportive and become allies to the trans community, usually make the mistake of assuming whether what they’re asking or saying is crossing a line or not.

The issue here is that trans people are those most capable of identifying transphobic behaviors and remarks, and even when phrasing that what someone has told them is crossing a line for them in the politest way possible, it’s very likely that it will go in one ear and out the other. Trans people are often even accused of overreacting, when in reality, we’ve had too much. Having trans (binary and non-binary) identities denied, disrespected and invalidated all the time, can exhaust trans people who are obliged to live 24/7 as activists, explaining patiently and expected to tolerate everything disrespectful they hear in order to not be dismissed as overreacting.

Of course not all of us are born activists, and there is not enough training in many social spaces concerning how to be a decent human being, so it’s valid to not be sure whether something you say may hurt or disrespect someone, so here is a list of things people say to trans people that they may not realize are transphobic.

This might sound like a compliment to you, and it may be well-intentioned, but if you think about it it’s like telling someone that they are good looking despite being trans, because there is this assumption that you can only be beautiful if you conform to the cisnormative default, that for some reason it’s an achievement to “look cis”. This is very problematic because it enforces the notion that trans people have to look cis to be beautiful.

While there may be some trans people comfortable with sharing such details, it’s not okay to ask someone that. The name that was given to a trans person when they were born is called a “deadname”, because it’s not something they identify with, and it is most likely to cause feelings of dysphoria and discomfort. You are not entitled to knowing a person’s deadname because you simply don’t need to.

This is usually very well intentioned, since it shows respect for a person’s pronouns, but the adjective “preferred” may indicate that somehow they are not real, as opposed to a cis person’s pronouns where we wouldn’t use “preferred”, so better ask something along the lines of “which pronouns do you use” or “which are your pronouns”.

Asking people personal questions about their bodies, genitals, and medical interventions they may or may not have had, violates their privacy and disrespects their boundaries. Always ask yourself the following question: would I ask this to a cis person? Would you ask a cis person what their genitals look like or details about their medical history? Probably not. Equating trans people with their transition process reduces them to their bodies, and enforces the harmful assumption that physically transitioning is a requirement for being trans.

Actually, they’re not if you care. It’s not that much of an inconvenience to do some practice, correct your mistakes and apologize for them. Soon you’ll get used to a person’s pronouns with no trouble as long as you believe that it’s a thing worth trying for, and the inconvenience is much bigger for a person who’s being misgendered than it will be for you making the effort. 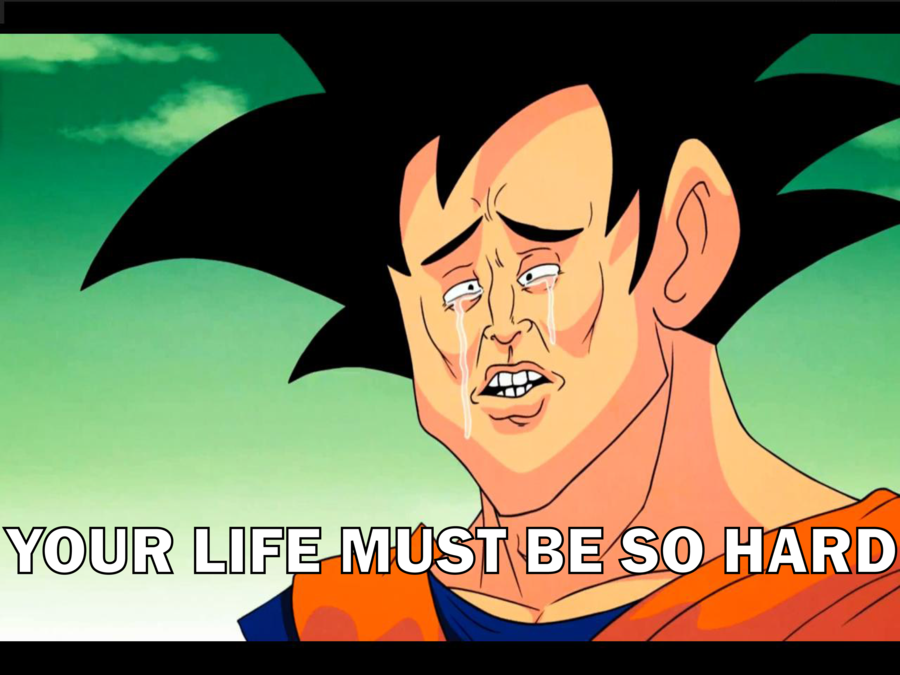 Actually, no, and neither should a trans person place your comfort before their own. Coming out and expect people to respect your identities is hard enough on its own without people who are not directly affected by your coming out making it all about them. Sure, that’s not negating that a trans person’s loved ones may need support, or some time to process the change that may come into their lives, but applying the pressure for this support on the person who’s the one currently dealing with the struggle of coming out and expecting acceptance is not the right thing to do.

A trans man is a man. A trans woman is a woman. A non-binary person is a non-binary person. End of story. If you have questions on terminology, the Internet is an excellent source of information and may help you understand many things before asking someone in person.

Honestly, our identities are not the topic of philosophical or sociological debate. Non-binary people are not a theory that needs your validation. We exist even if you don’t believe in us.

Cisphobia doesn’t exist, in the same way that heterophobia, reverse racism and reverse sexism do not exist. Anger towards cis people may exist because trans people are everyday subjected to transphobic behaviors, but that’s not cisphobia, because there is no systematic nexus of oppressions and discrimination that cis people face because they are cis. Cis people won’t get beat up on the street, be denied a job or get kicked out of their homes because they are cis. Also, cis is not a slut meant to degrade you. It’s simply a term used to communicate more efficiently and to describe people whose gender is aligned to the gender they were assigned at birth.

A trans woman doesn’t have a male body. A trans man doesn’t have a female body, and even anatomically speaking, “male” and “female” are not such fixed and pre-existing categories as we are taught they are. Sex, in the same way as gender does, belongs in a spectrum. My body is a man’s body as long as I am a man.

Not all trans people experience their gender in the same way, and there are no guidelines that need to be followed in order to be considered “trans enough”. No one should or can dictate how someone should look, how they should behave, or what changes they need to go through in order to have their identities validated.

Liking boys – being straight, gay, bi, pan, asexual, etc. – has to do with your sexual orientation, which means the genders to which you are attracted. That’s entirely different from your gender identity (whether you’re a man, a woman, or a gender-non-conforming person). A person doesn’t come out as trans because they want to be “straight”, they simply come out because that is their gender, and it has nothing to do with who they are attracted to.

When you say something patronizing that’s also invasive and none of your business, like trying to convince a trans person that they’re confused or wrong about their gender, or trying to convince them to not transition if they want to, don’t expect them to thank you for not respecting their personal choices.

Don’t ask trans people invasive and private questions that will make them feel uncomfortable – like how they have sex – just because you’re curious. It’s not their paid job to constantly educate you and answer questions about their life. If you want to cure your curiosity, Google is always your friend! You can look most things up without making a person in your life uncomfortable.

And remember: the best way to act with respect for another person, is to give credit to their feelings and experience and prioritize them to opinions that you hold and may not directly concern your identity and wellbeing. When someone tells you that what you said to them was disrespectful, step back, listen, and consider whether they may be true: they most probably are.