Non-binary people are often forgotten and left out when discussing the issues, rights and demands of the LGBT community. Even the language used is, more-often-than-not, constructed on the basis that only two genders exist: men and women. When non-binary identities are discussed, some of the most common views phrased and questions raised have to do with how little sense it makes to be non-binary, and how non-binary people are inventing new identities for attention.

This is probably due to the fact that the people who say these things haven’t experienced their own gender out of the binary, or that they haven’t allowed themselves to reconsider the concept of gender in any way, because we have been taught from early on that our gender is determined by the genitals we are born with. However, things are more complex than that.

What is gender? What is sex?

We grow up being told that our gender is determined by our sex – that whether we are a man or a woman has to do with what genitals and reproductive systems we are born with. Yet gender and sex now considered even by biology to be found in spectrums, rather than in separate, distinct boxes.

What we call a person’s “sex characteristics” is their biology: not just their external genitalia, but a combination of their chromosomes, sex hormones and how they operate in puberty, gonads, and anatomy. A certain combination has been agreed by the scientific community to lead to assign the female sex at a baby when it’s born, a different combination has been agreed to lead to the assignment of the male sex, and there are also people born with biological sex characteristics that don’t fall directly in a specific category that the medical community has agreed to specify as “male” or “female”. 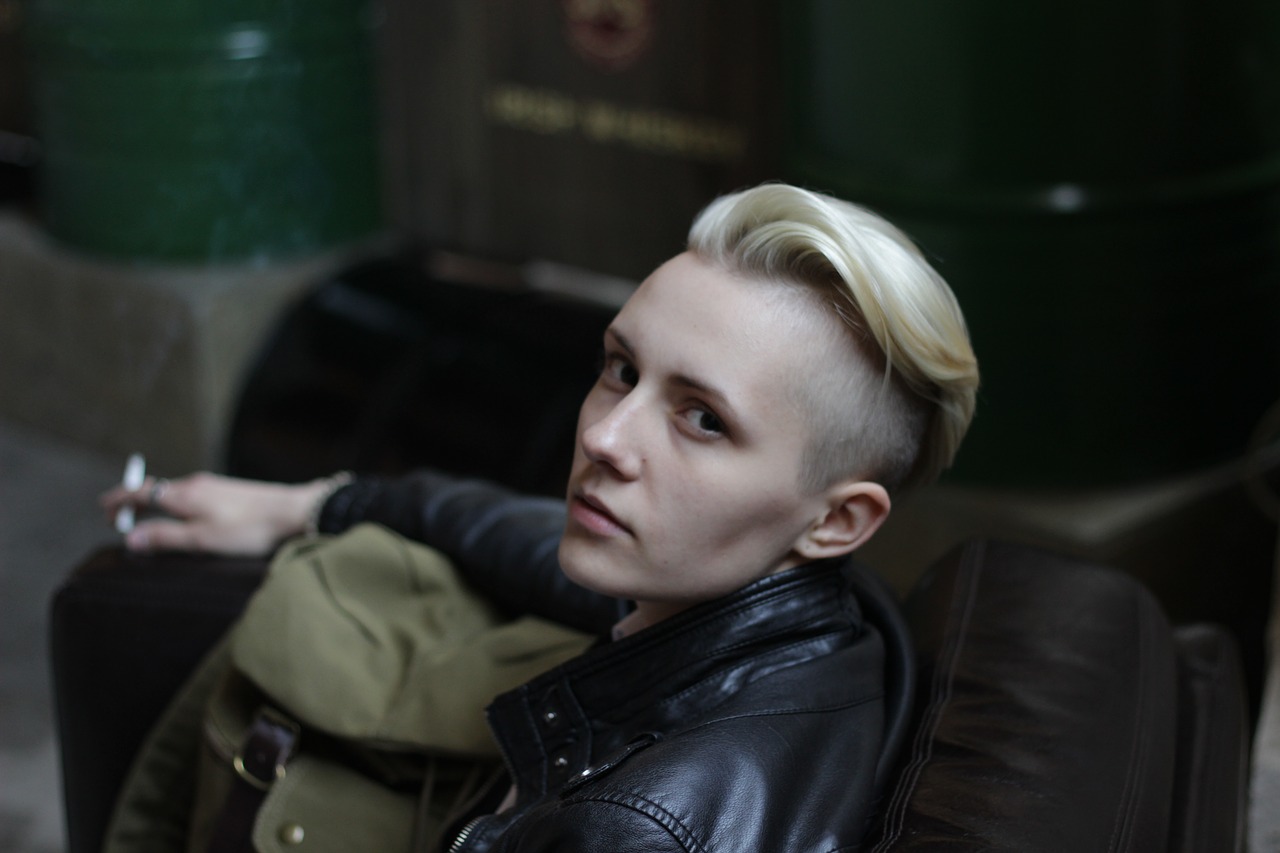 What is a gender binary? What does it mean to identify out of it?

Some people identify outside the gender binary, which means that they feel neither as a man nor as a woman.

Does being non-binary have anything to do with your sexuality?

Gender identity and sexual orientation are different things. Being non-binary has to do with who you are – it means that you are neither a man nor a woman. Your sexuality has to do with whom you are attracted to. Non-binary people can have any sexual orientation: they may be bisexual, or pansexual, identify as gay, straight, or asexual, and so on.

Some non-binary people wish to undergo medical transition, like go through hormonal treatment, perform a surgery or multiple surgeries. Medical transition must be allowed and accessible to all people who fall under the trans umbrella. Other non-binary don’t wish to change anything about their bodies. None of the two choices makes a person’s identity more or less valid.

Some non-binary people do experience body dysphoria, some don’t. Some non-binary people experience social dysphoria, for example when misgendered at the street. Speaking only by my personal experience, I don’t particularly like being called specifically “a girl” or “a woman”, and it may negatively affect my mood, but I’m not out to most people as non-binary and I don’t feel particular discomfort with my birthname, or if people call me either “she” or “they”. Of course that means once again that every non-binary person experiences their gender in a different way, and no story is descriptive of everyone in the community.

But how can someone be neither a man nor a woman? It makes no sense!

Some of my friends have also asked me these questions after I told them that I have started considering that I am non-binary – always with good intentions. I can almost relate to that question. I had it myself a couple of years ago, identifying as a cis woman, never having met any non-binary people, and just starting to learn about the term online. I remember trying to think of ways in which someone can grasp their existence outside the categories of “man” and “woman”, and failing to do so.

This happens because, from a very young age, we are taught that being a man or a woman – and behaving, dressing, and feeling according to the norms society dictates to fall under these categories – is extremely intrinsic and constitutive of one’s identity and personhood. Therefore, if you have grown into a binary system and haven’t ever experienced your gender as non-binary – which, for some people happens early on, but for others it’s blurry a process that may take years – it may be hard to understand how a gender outside the binary – or the absence of a gender – can work. Listen to the non-binary people who wish to share their experiences! It’s the best way to learn!

Every person has a different journey and story to tell. I never had a problem with the term “girl” – until I did. For me, considering falling outside the binary happened earlier this year. I started preferring not to be called a girl, or to think of myself as one, even though until recently I loved the idea of being a girl. I started secretly enjoying being called boyish, or referred at with the neutral gender that exists in my language. The way I want to think of myself as well as present myself – even though gender expression isn’t always linked with gender identity – became more fluid, and the ways I feel about my gender started varying according to the day and mood. I’m still in a phase of experimenting and trying to figure out what feels comfortable for me. I currently identify as genderfluid. My experience speaks only for me, and is probably more or less different than the experiences of other genderfluid people, and people who fall under the non-binary umbrella.

What are all those different pronouns?

Many languages – including the English language – use pronouns to refer to a person as gendered – as either female or male. This is why, in order to differentiate themselves from the gender binary that is intrinsic in language, non-binary people have figured out different ways in which people can refer to them, that make us feel more comfortable, more like ourselves.

For many people, gender neutral language in general is important. Some people may choose others to refer to them as the plural “they”. There are also pronouns like xe, xir, ze, and zir. Every non-binary person uses different pronouns, so it’s better to know them when speaking with or about them. It’s important to introduce the plurality pronouns in our everyday language, in order to normalize the identities of all people through our language. You can try to say your pronouns when introducing yourself, so that you can render the other person comfortable enough to introduce theirs.

Non-binary people don’t look a specific way – neither do women or men. There’s not a “right look” to go for, one that can let you know that a person identifies as non-binary. Gender – and the way it’s supposed to look – is based on norms and roles arbitrarily set by society, and these norms also vary among different cultures and societies. 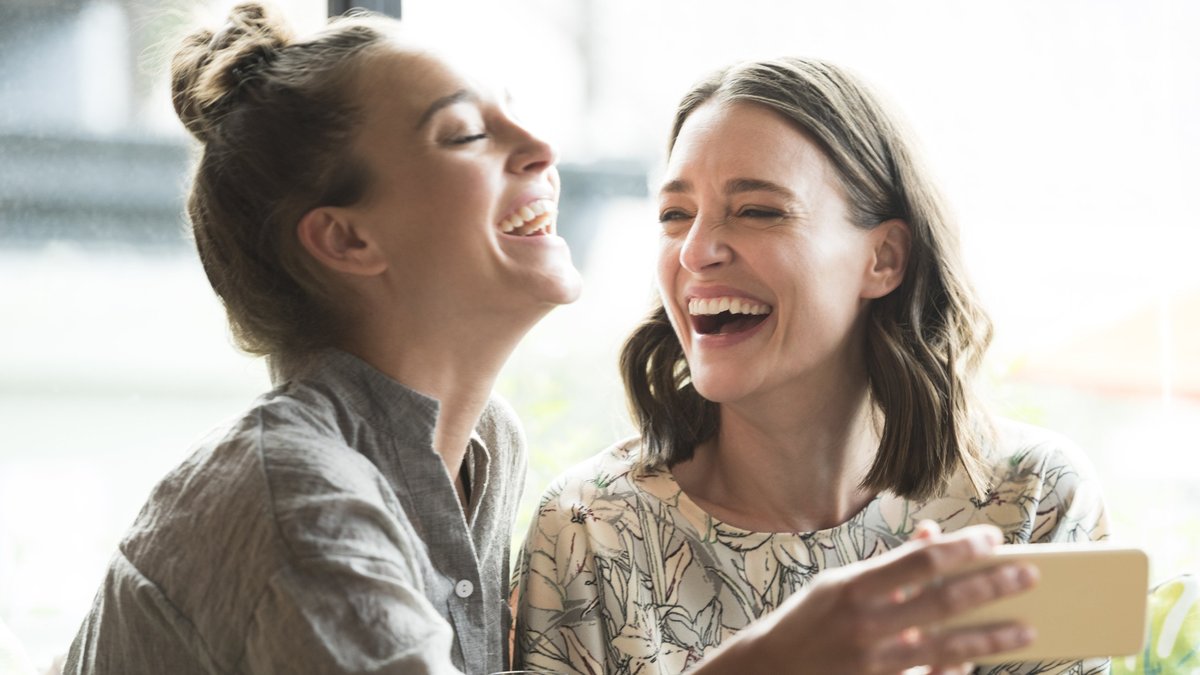 Gender expression – which is different than gender identity and has to do with the ways people dress, speak, walk, put makeup on or not, shave or not – is another spectrum. You can be of any gender and look more masculine, more feminine, or more androgynous. Androgyny has many different looks too. The way someone feels isn’t always aligned with their appearance. People who look very masculine or very feminine are still non-binary.

As Hari Ziyad explains when it comes to external appearance and non-binary identities: “I am not always aligned so obviously with the normative presentation of maleness as I am at work. Without the pressures to maintain some type of living free of harassment and/or the fear of being let go, the “look” of my gender usually becomes more fluid. But I always feel that fluidity, even when I am forced not to translate that feeling into an obvious look. Who is to say that this feeling which never goes away is less valid than how others might perceive me on a given work day?”

What do I do if I think I may be non-binary?

First of all, reach out to other non-binary people, either in offline or online communities. The support that can come from within your own community is the most valuable! Reach out for online resources that explain other non-binary people’s experiences. Each story is different, but you are never alone in feelings that may seem unrelatable and unique.

There is no checklist of requirements you must fill. You may use a label for yourself; you may change your labels often; you may want no labels. There’s no pressure in that. Some people find a label empowering as it can help describe what they feel and give them the sense of belonging in a community with shared experiences. Other people may feel limited or like “a can of soup” when labeled. Both are okay.

Also keep in mind that there is no right or wrong way to experience your gender. I was so upset because very few narratives I heard and read reminded me of my own. I thought that my gender can’t be valid because I went through a period when my feelings towards it would change too rapidly, and I would simultaneously and short-lastingly feel comfortable or uncomfortable with contradicting things. Then I realized that this process of finding out what works for me maybe is my gender after all.

Society doesn’t feel comfortable with non-binary and gender-non-conforming people. That makes it obvious that there is no handbook to guide us. It’s alright to feel insecure.

Here are some resources, ally advice, answers, terminology, and personal stories to guide you through non-binary identities.

And remember: every color of the rainbow is fabulous in its uniqueness!

Hey! What do you think about this topic? Let us know by speaking your mind in the comment section! If you love to know more about non-binary people, check our article, Misconceptions About Non-Binary People.